To the opera fans of the world tenor Michael Fabiano is a phenom, a superstar in the making who won the illustrious Met Council auditions before the age of 25 and shot to great success at some of the top opera houses in the world.  The Metropolitan Opera?  Check.  La Scala in Milan?  Check.  His is the type of talent that comes rarely to this world.  His insanely rich and beautiful tenor voice can melt the hardest of hearts and his dark, intense good looks only make matters worse.  Ladies and gentlemen, it’s hopeless-he’s totally dreamy.

It’s true that Michael’s talent and drive (not to mention his brooding dark eyes,) can make him seem a bit serious.  But I am here to tell you that underneath all of that intensity he is a light-hearted, sweet-as-pie, all-American guy.  And he’s really, really silly.  I *might* even go as far as to label him a goofball…  I adore this kid!

Michael and I have been trying to schedule a shoot for literally YEARS.  With his jet-setting, Opera star schedule and my part-time residence in Ohio this has not been easy.  Luckily he decided to debut his Verdi Requiem with the Columbus Symphony, which gave us the perfect opportunity for a little photoshoot…

We started off the shoot braving the (awful) elements-it was like 46 and rainy, but he was such a champ.  See what I mean about light-hearted? 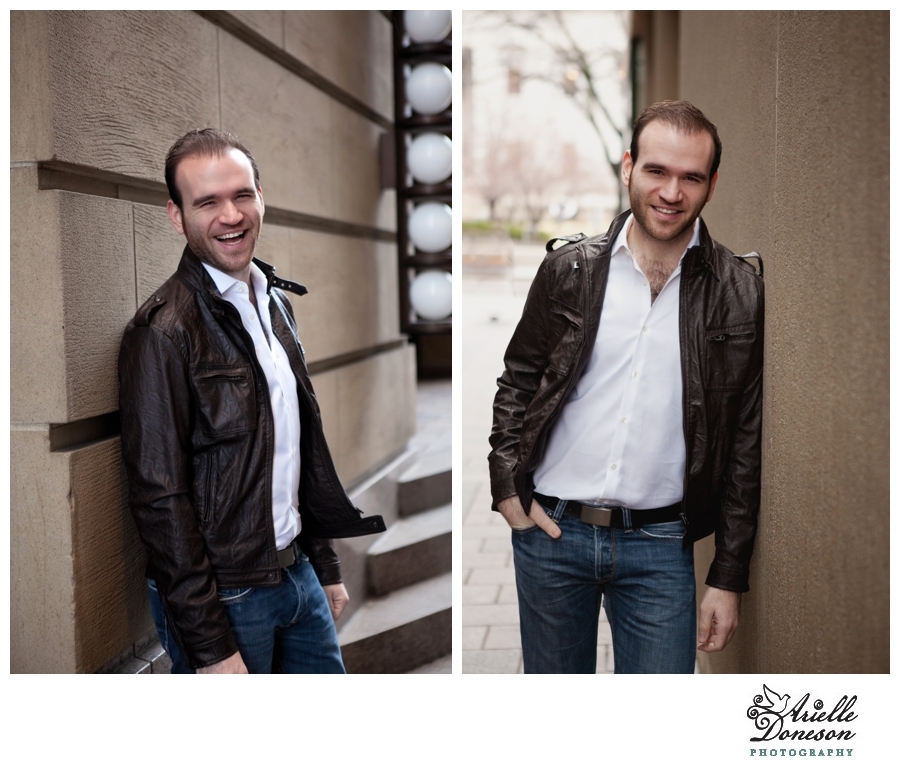 This next few show off his more serious, studious side.  BTW, Michael, I am LOVING that Movado Watch.  I sense an ad campaign ahead! 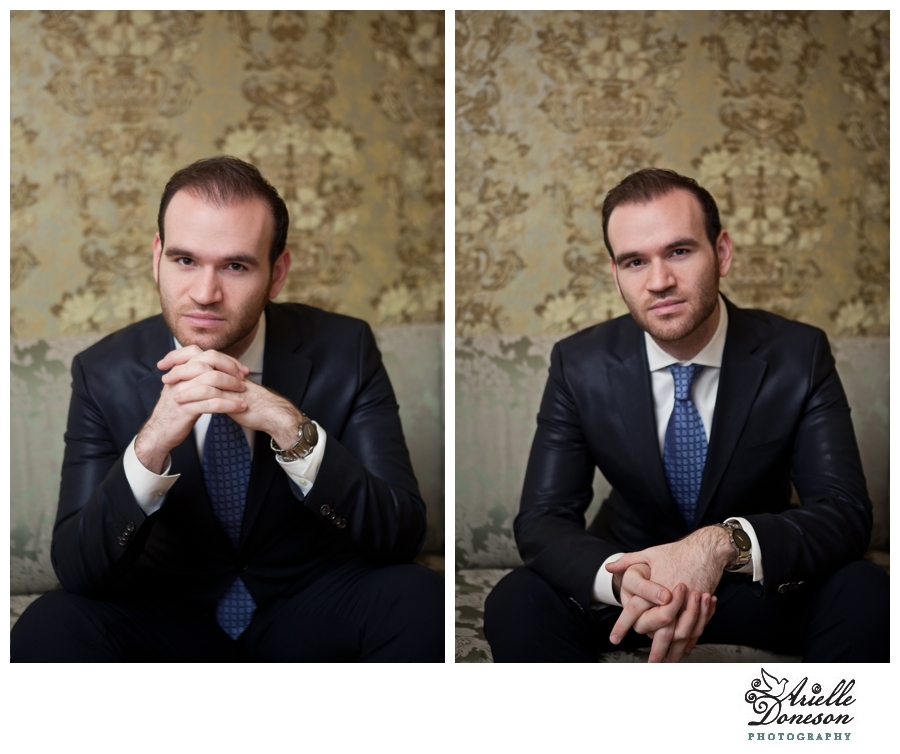 This is one of my favorite shots of the day:  It shows his intensity, but also his mischievous side… 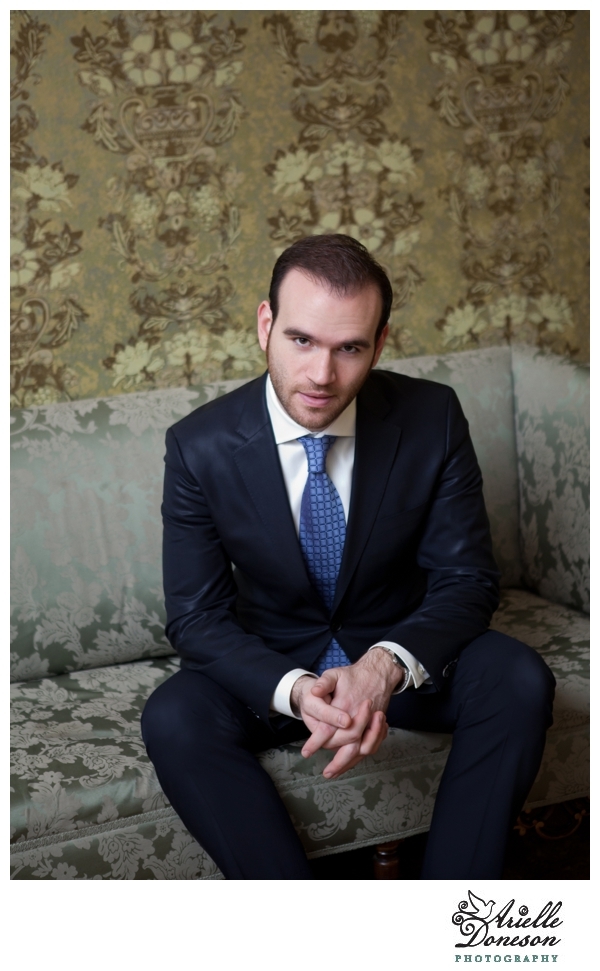 We were able to play in and around the symphony hall which lead for some varied and surprisingly stylish interior shots:

And then we headed outside again.  There’s nothing like a nice overcast day for a portrait shoot-“nature’s softbox,” as Jasmine Star would say. 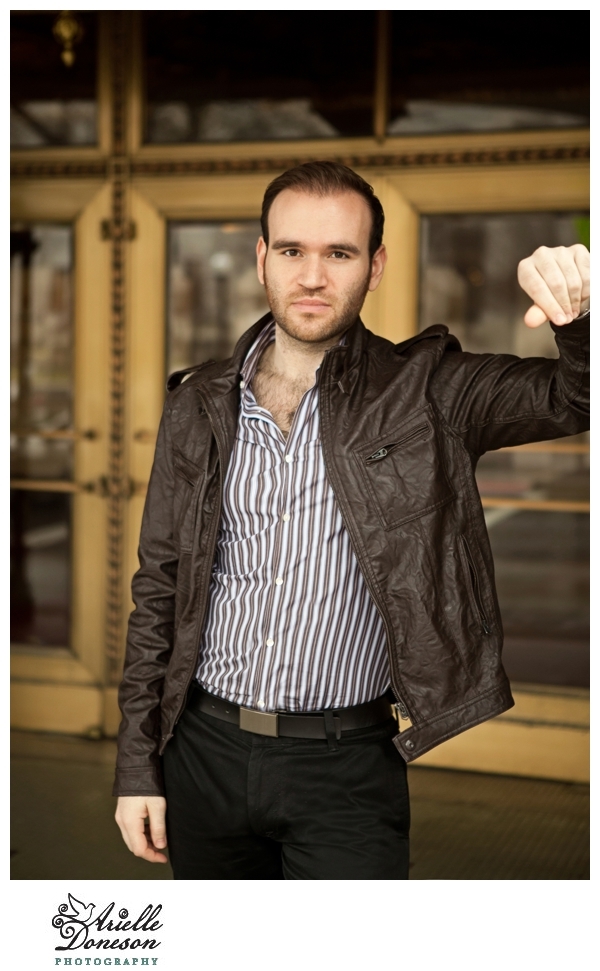 I really loved this jacket on Michael-can you tell?

Sneaking around in the theatre itself: 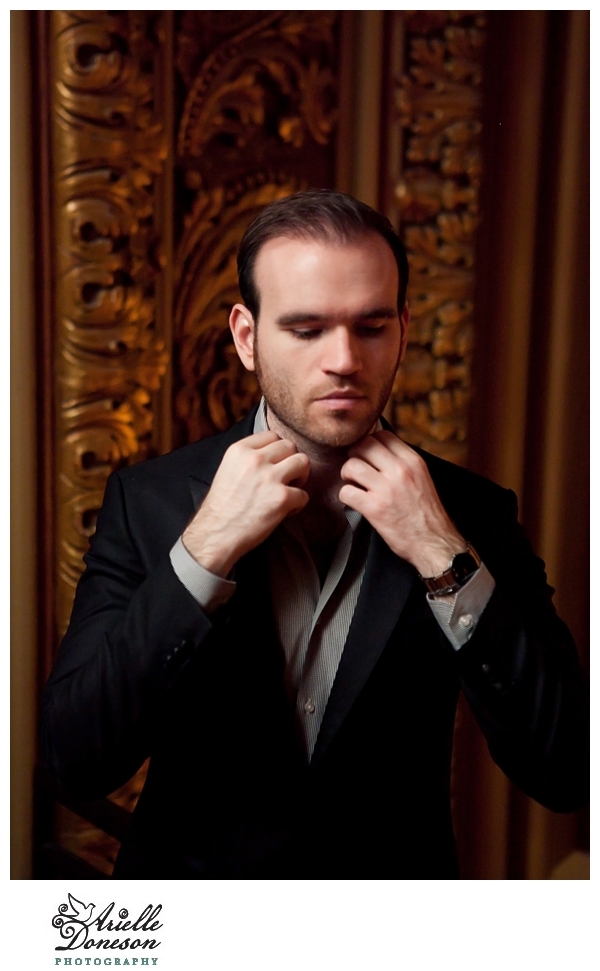 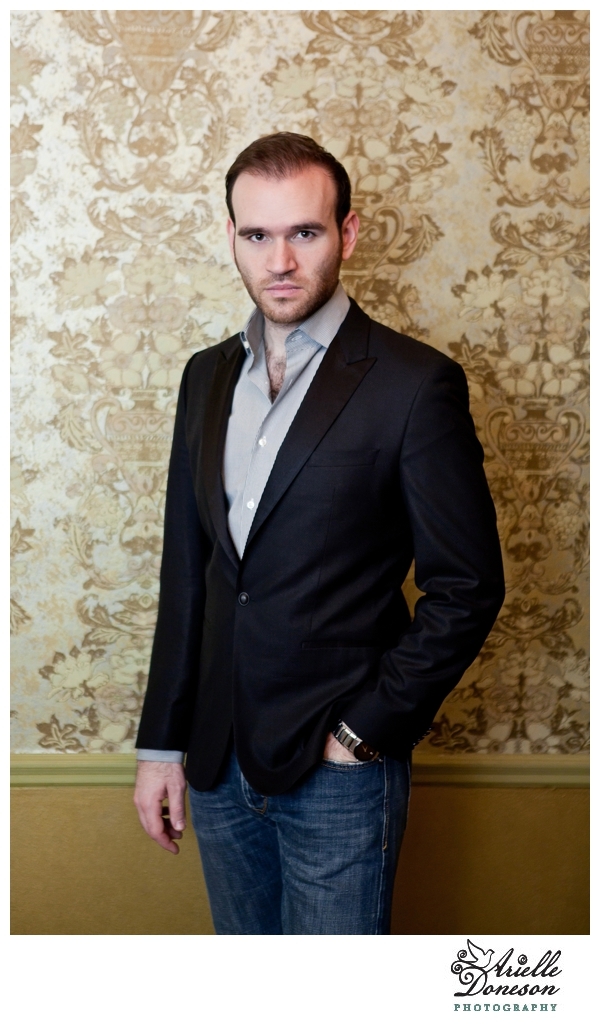 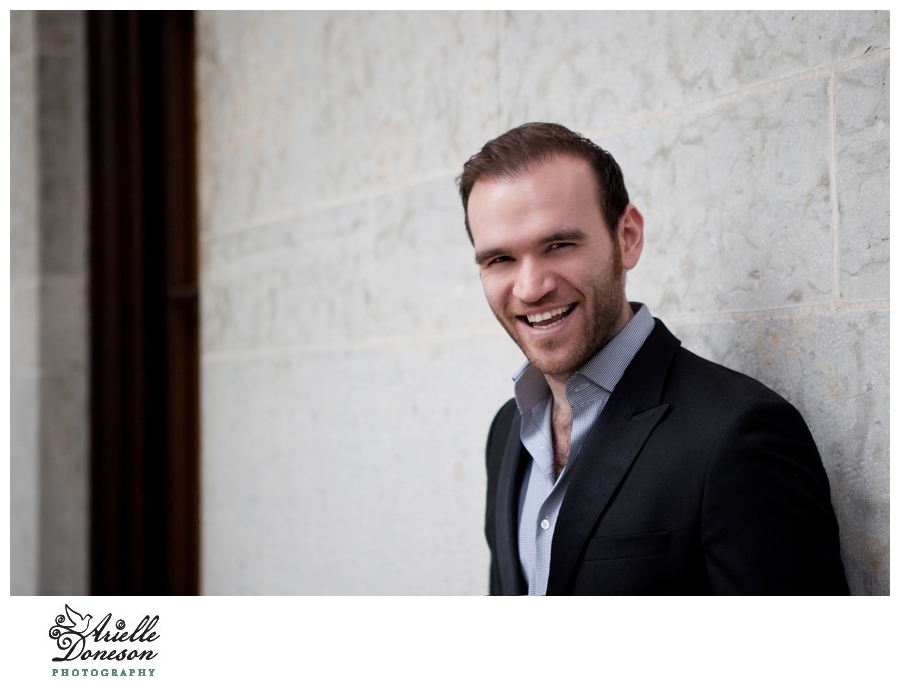 I am dying a little bit when I look at this one-it just makes one want to run to him, right? 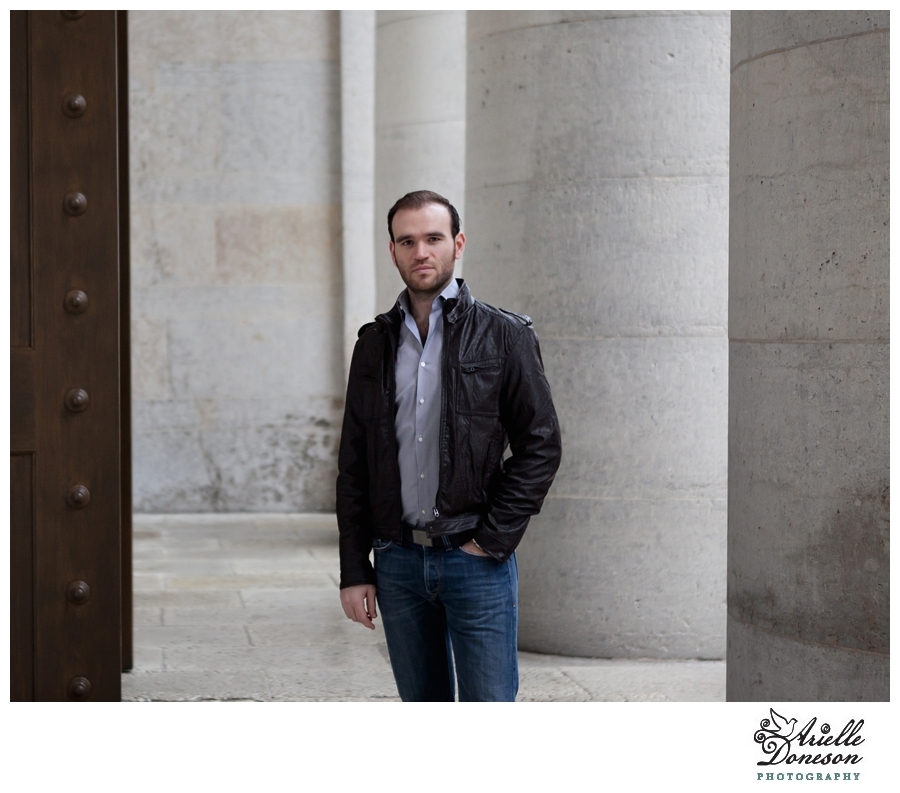 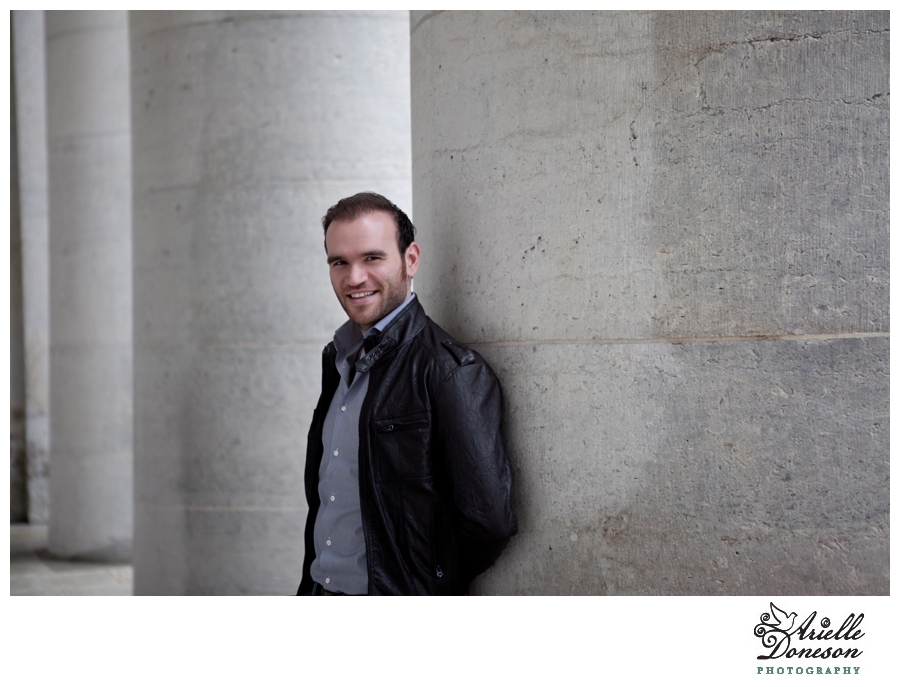 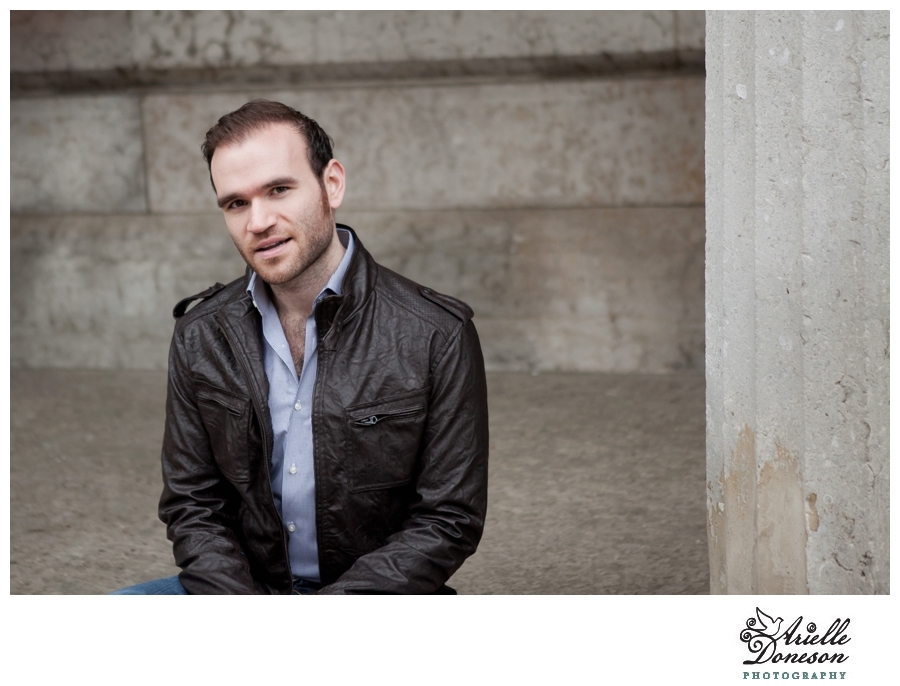 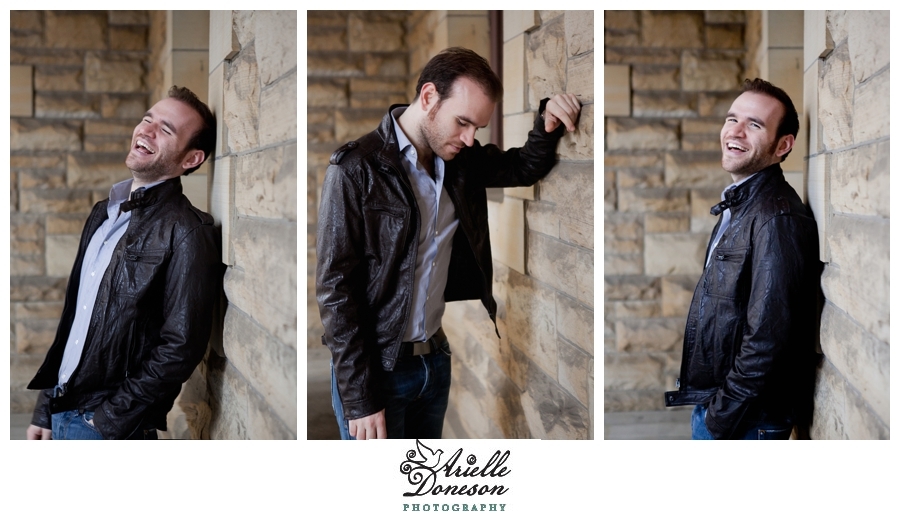 These last few are a little bit rock & roll, but sometimes I think the classical music world could use a bit more rock & roll, right? 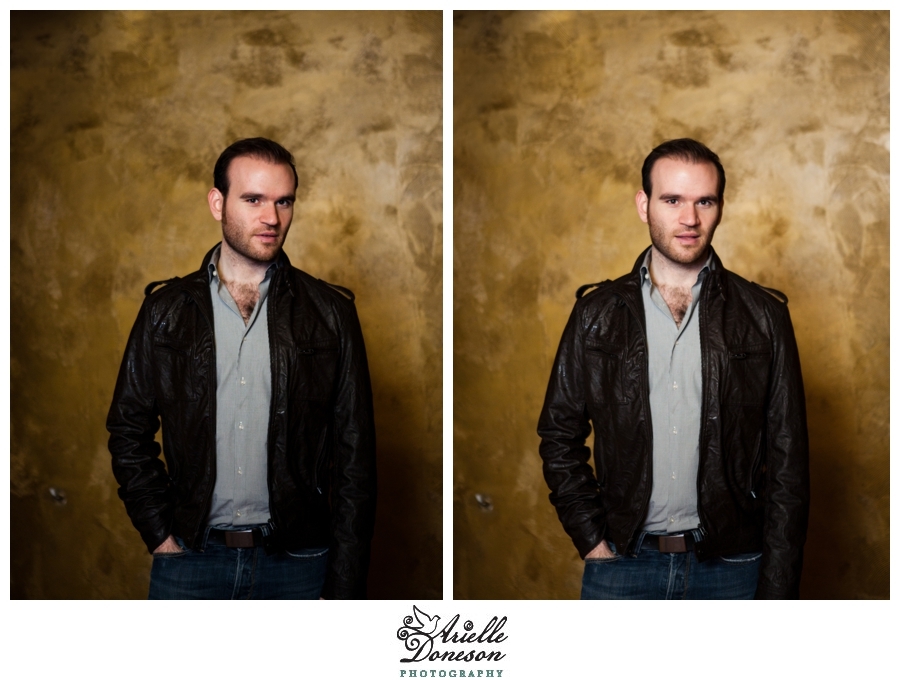 Seriously, this guy is one of the best singers I have ever heard in my life.  If you ever have the opportunity to hear him sing RUN to do so. 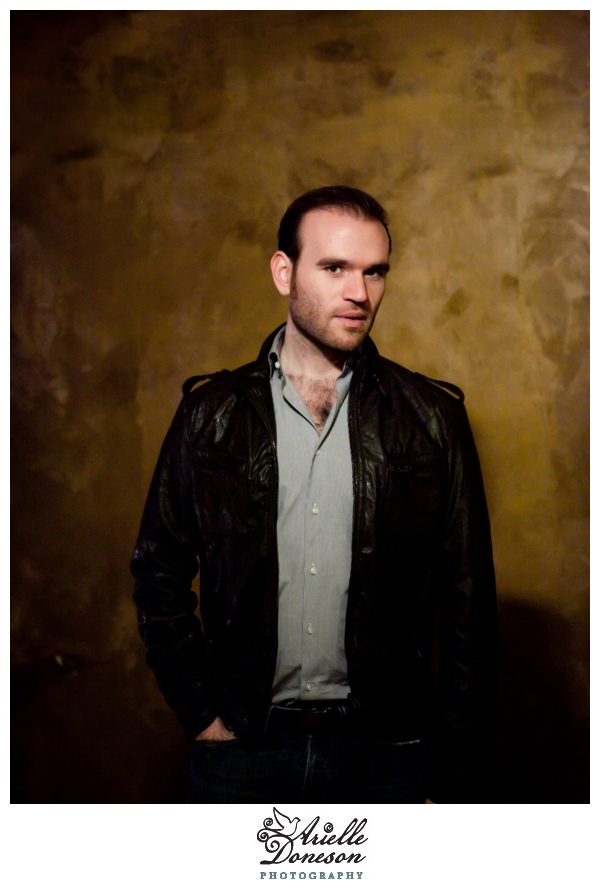 My sweet Michael, I had such a blast at our shoot and I thank you for spending the day with me!  I wish you the very best and I know that you will achieve great success!  xoxo