It was a stalemate.  The two of them sat silently gazing at the road ahead, neither one wanting to be the first to break.  The first face-off in what would become a lifetime of adorable face-offs.

“Who’s usually the funny one in your relationships?” asked Tessa.

“I am.  I am the funny one” Craig replied gravely.

In some ways the seeds of their love began in those silent moments in the car following Craig’s statement.  They started to take root in that seemingly eternal silence and then blossomed in the moment that broke the long silence when the two of them burst out laughing at the same time.   This would not be like either of their earlier relationships.  In this pairing the title of “the Funny one” would have to be shared.

In the six years since that date, Craig, a marathon runner who works for Citibank, and Tessa, a fabulous actress (you may recognize her from the Chobani yogurt commercials,) still haven’t figured out “who really IS the funny one?”

After spending a hilarious afternoon with these two I can honestly say that the title does belong to both of them.  I cannot remember laughing so much.  From the first few shots in Midtown Manhattan’s Little Pie Company to the final frames overlooking a sunset on the Hudson River, Tessa and Craig had me (and each other) in stitches.  These two really know how to have a laugh!

They are also, as shown below, positively gorgeous.

We managed to snag a nice red booth at the Pie company where we had a little bit of Root beer on a gorgeous (but insanely windy,) Manhattan Spring day. 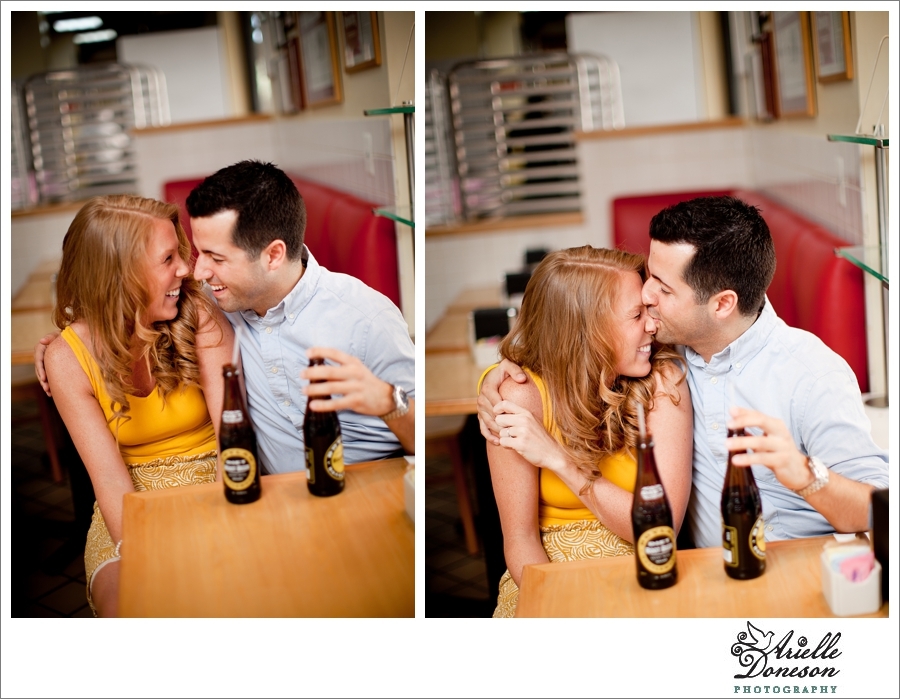 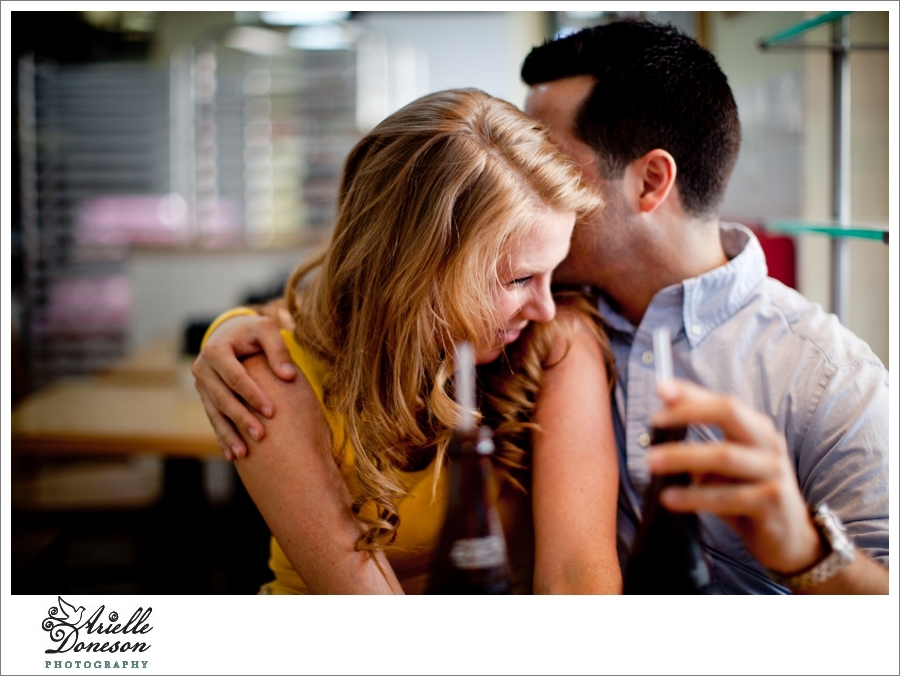 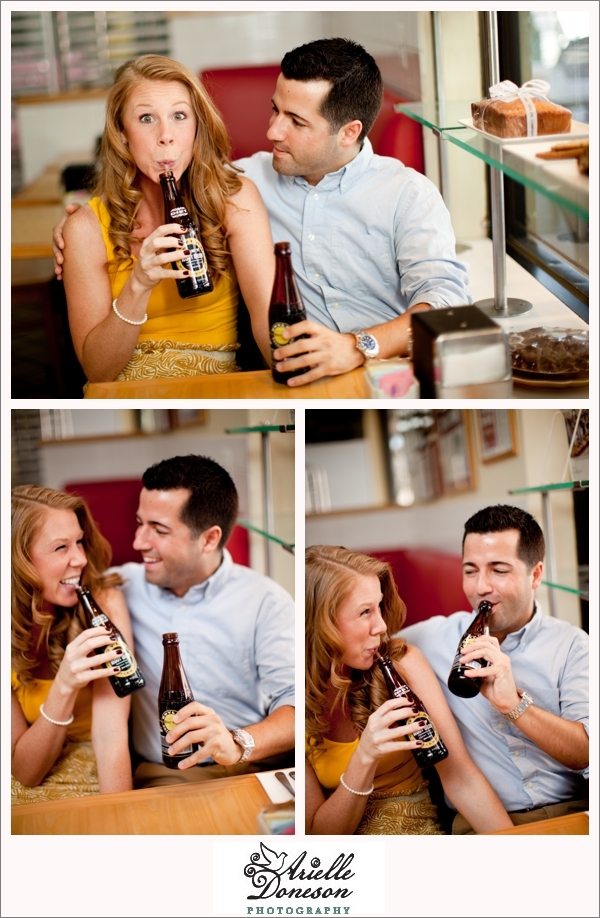 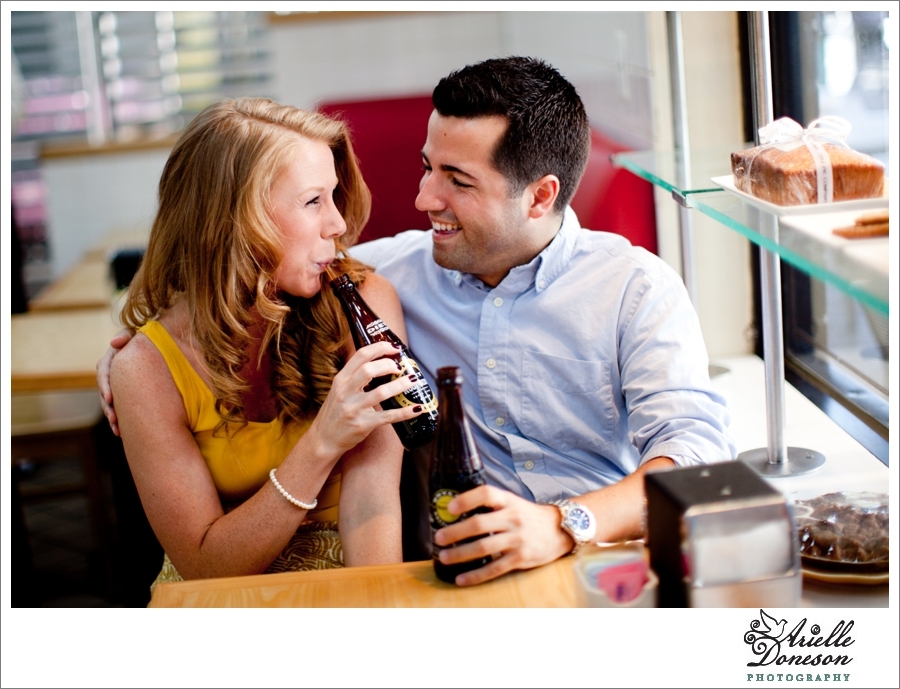 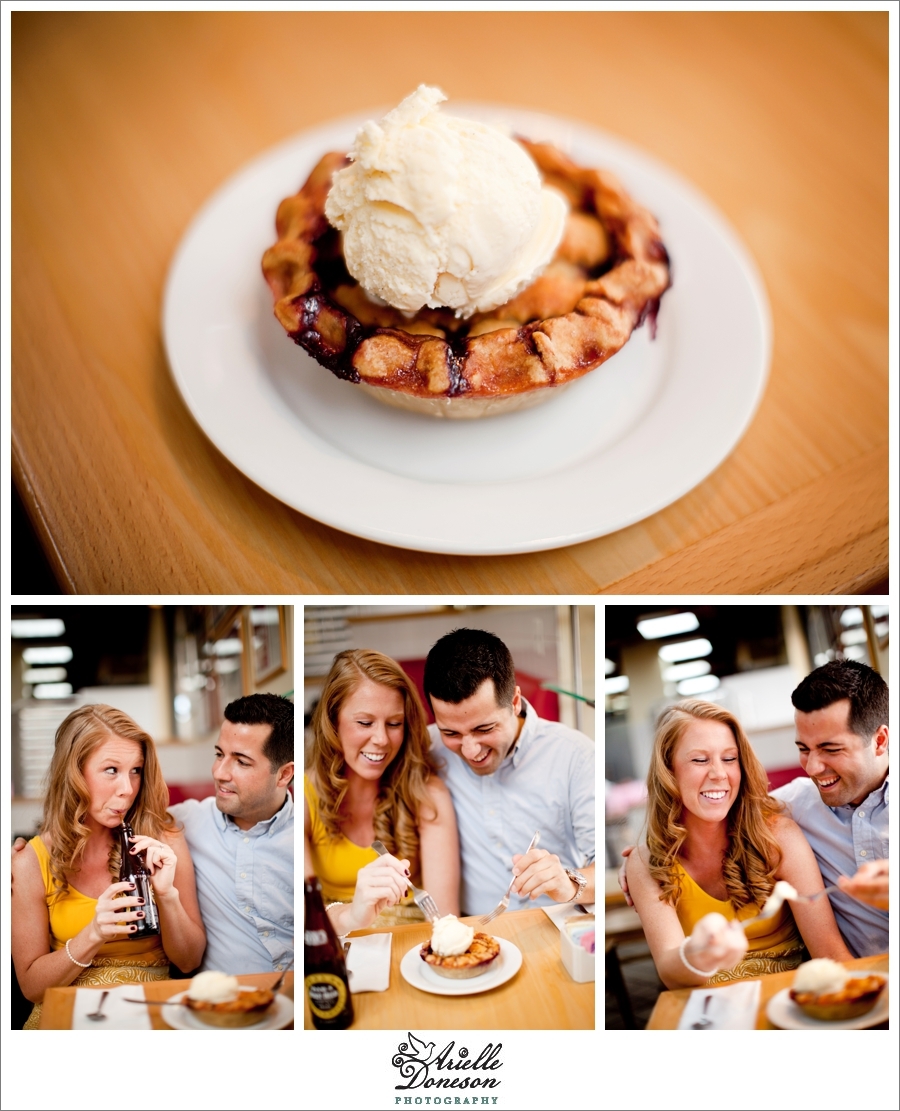 These two can make anything hilarious-even eating dessert! 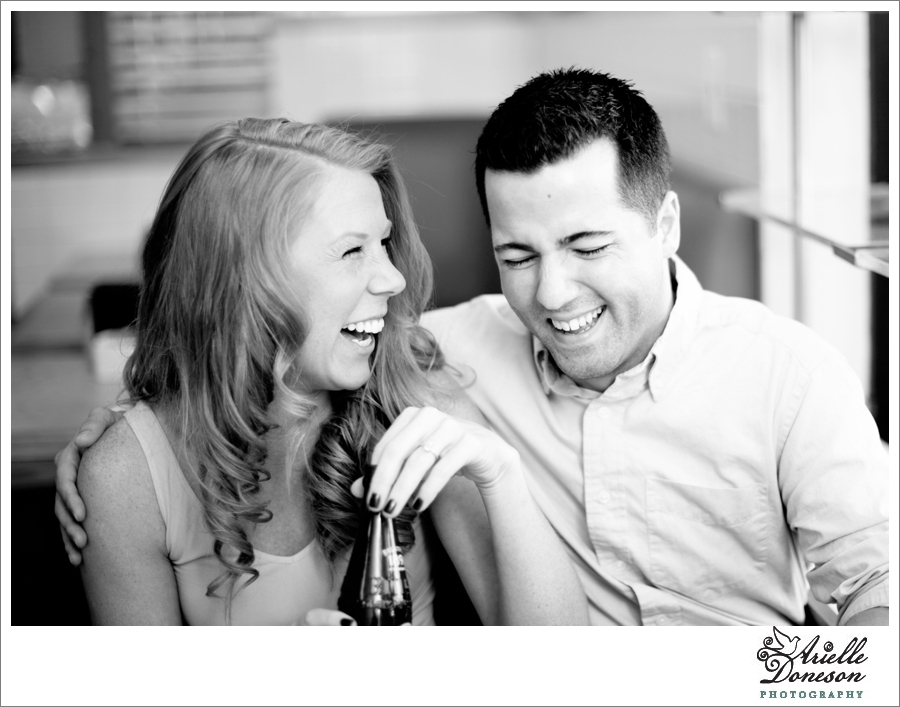 A little paparazzi style shot from outside of the Pie Company: 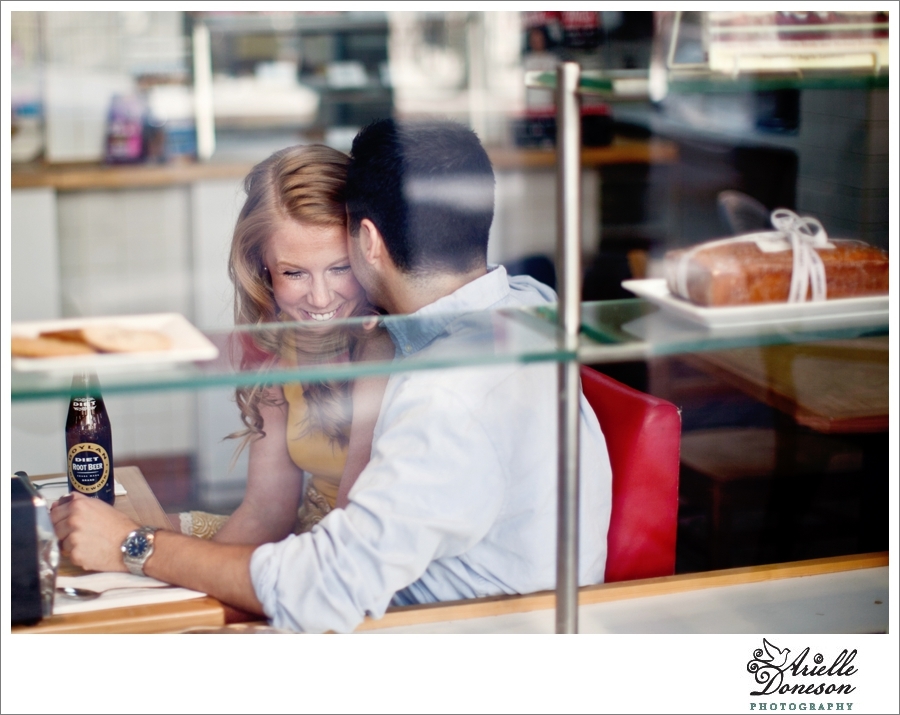 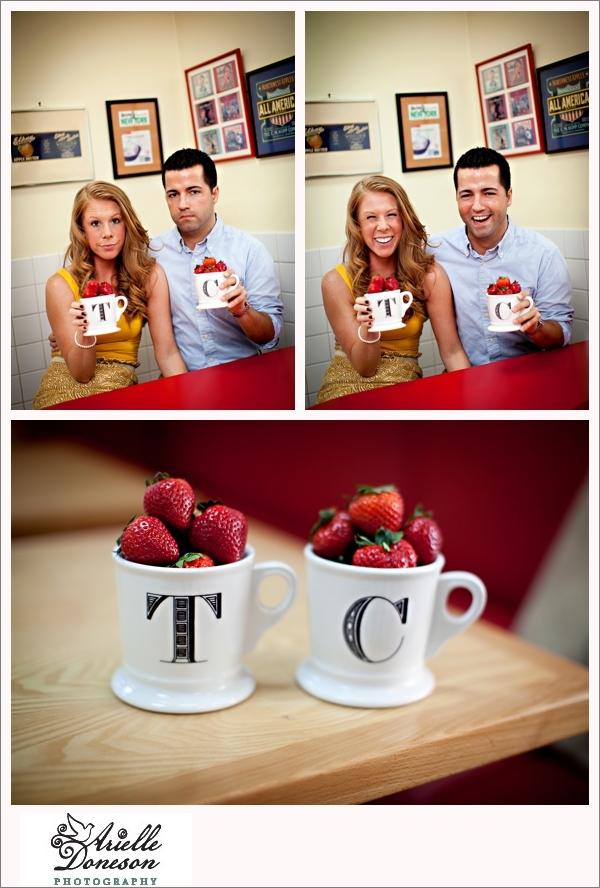 Craig tried his hardest but he couldn’t quite keep a straight face…I found that to be utterly hilarious! 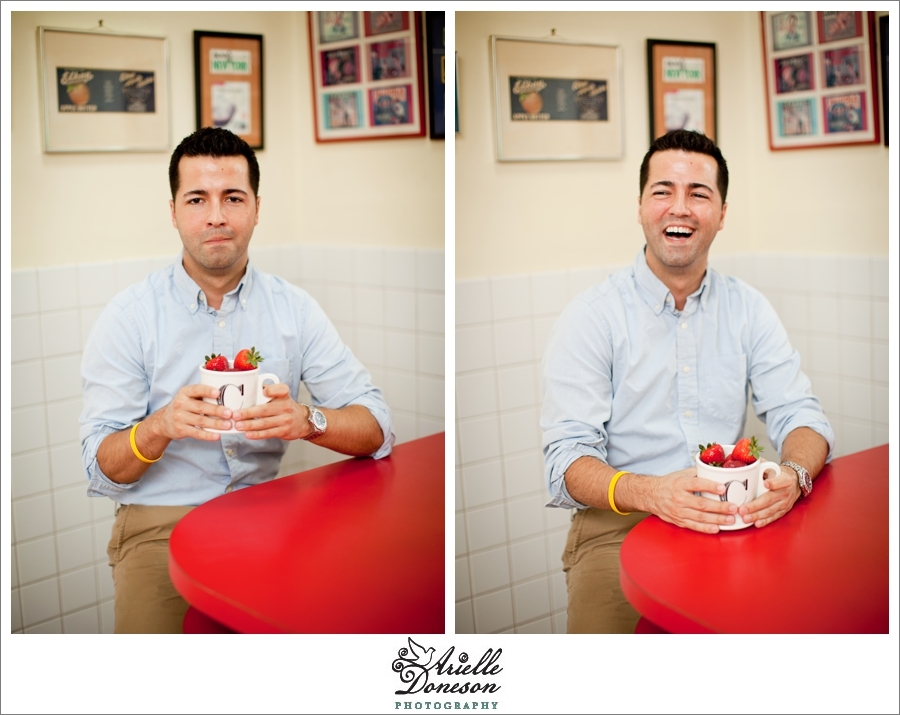 Tessa, you are KILLING me with these!  I’m literally cracking up right now, AGAIN: 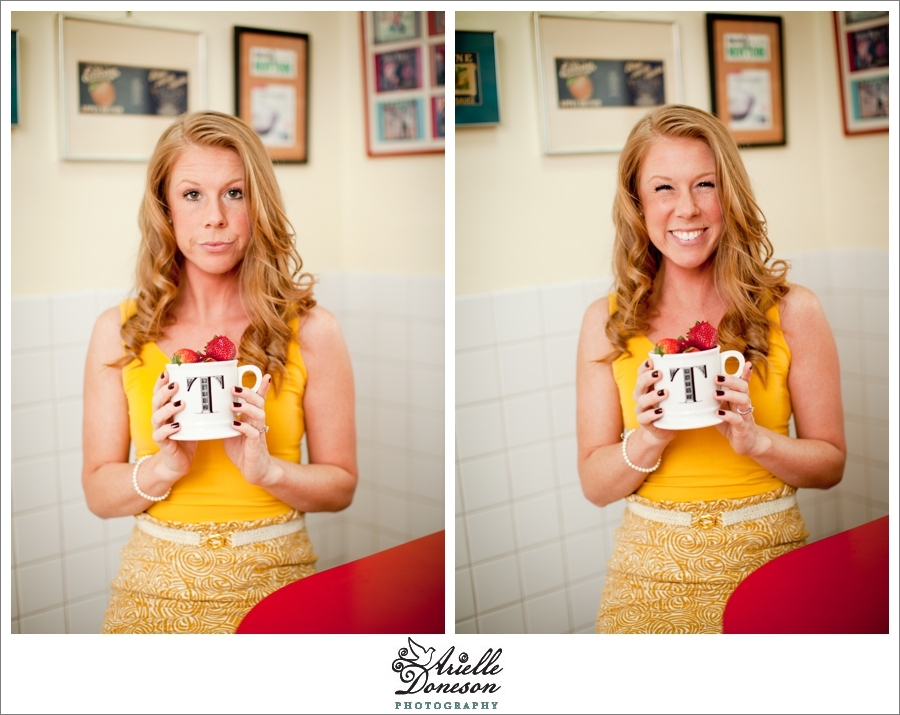 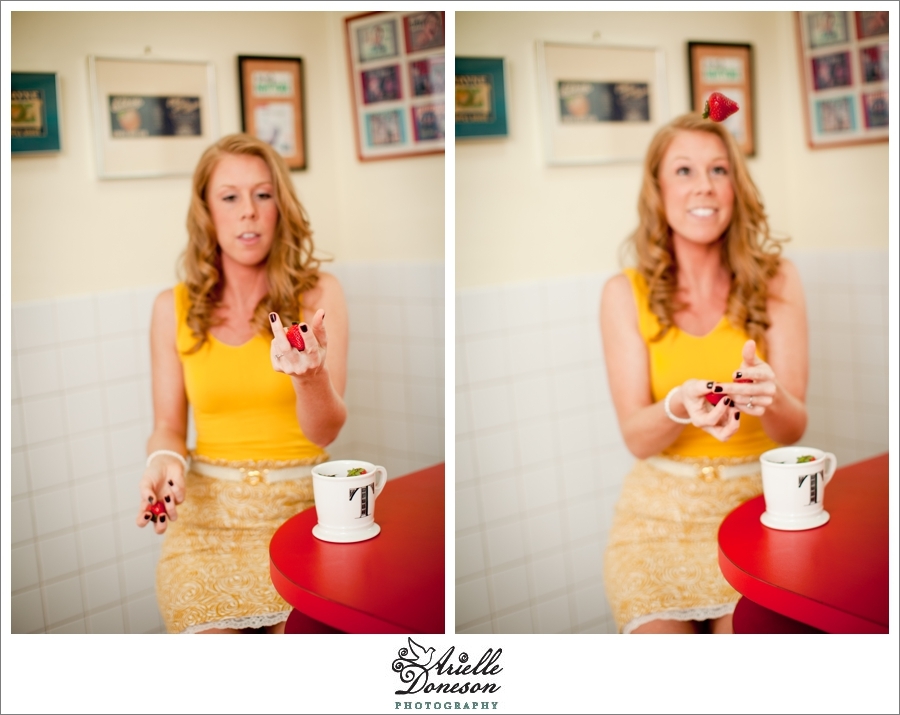 After our snack we walked over to the (windy windy windy) Hudson River park.  The light was GORGEOUS: 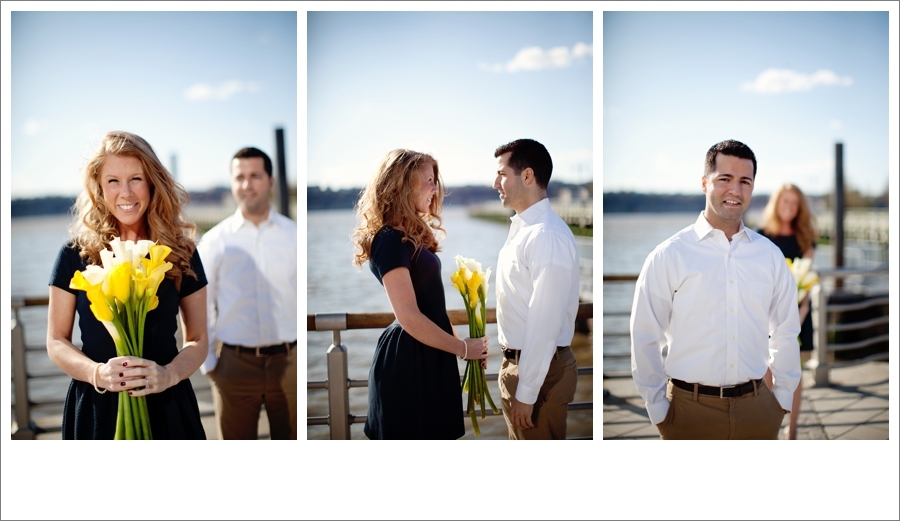 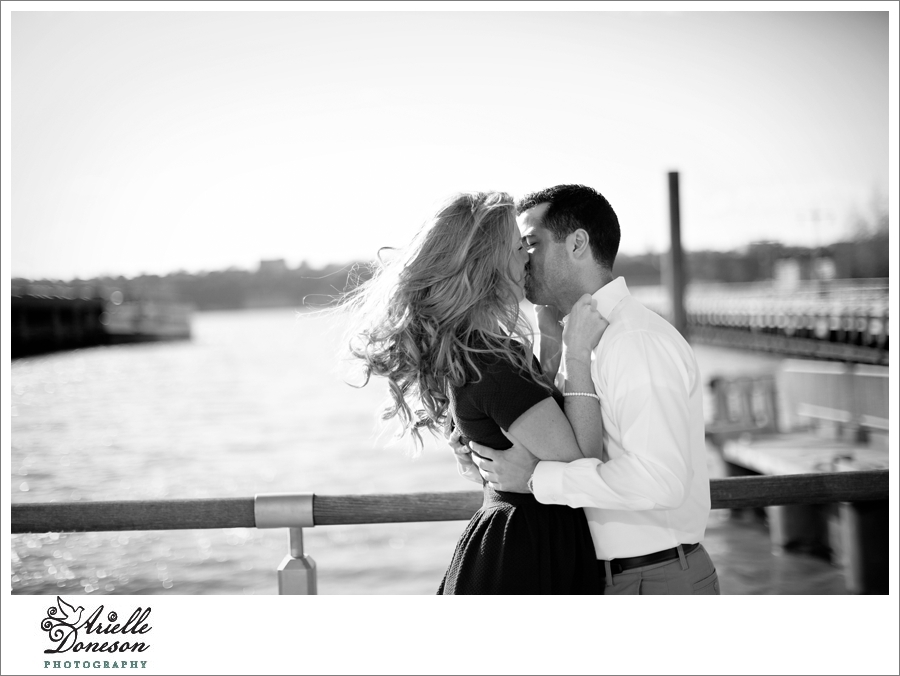 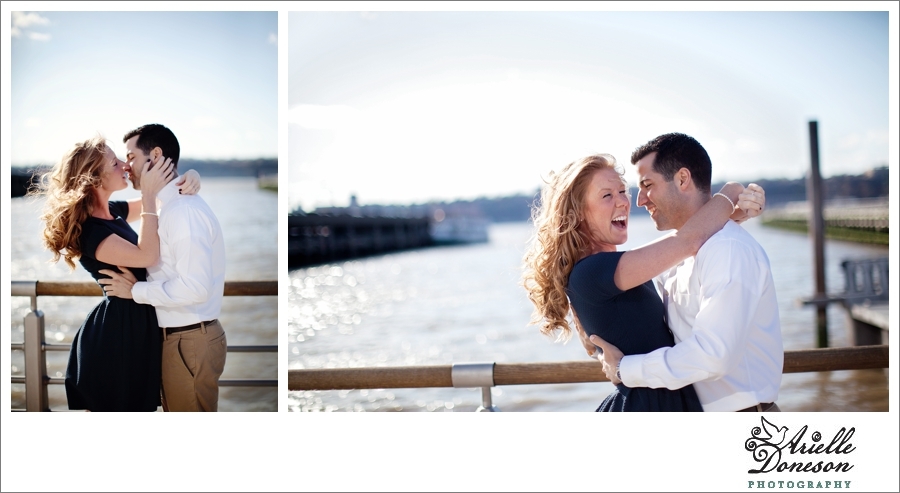 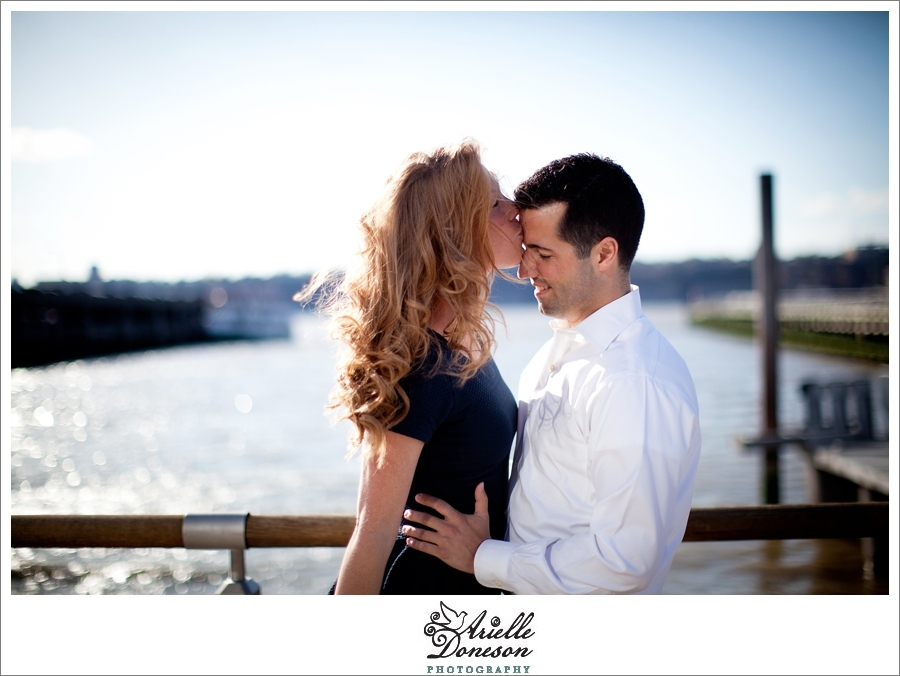 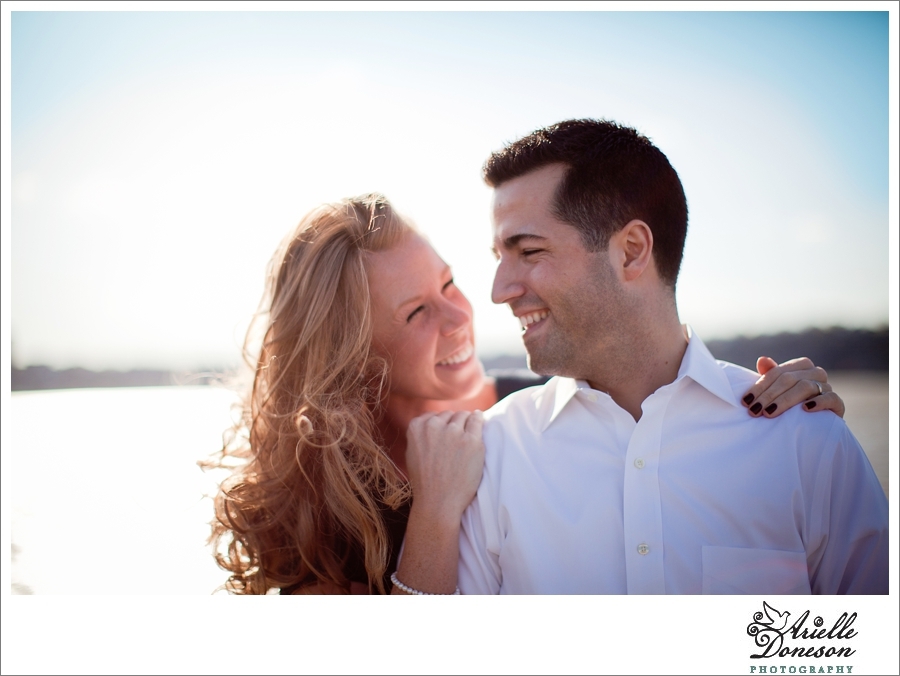 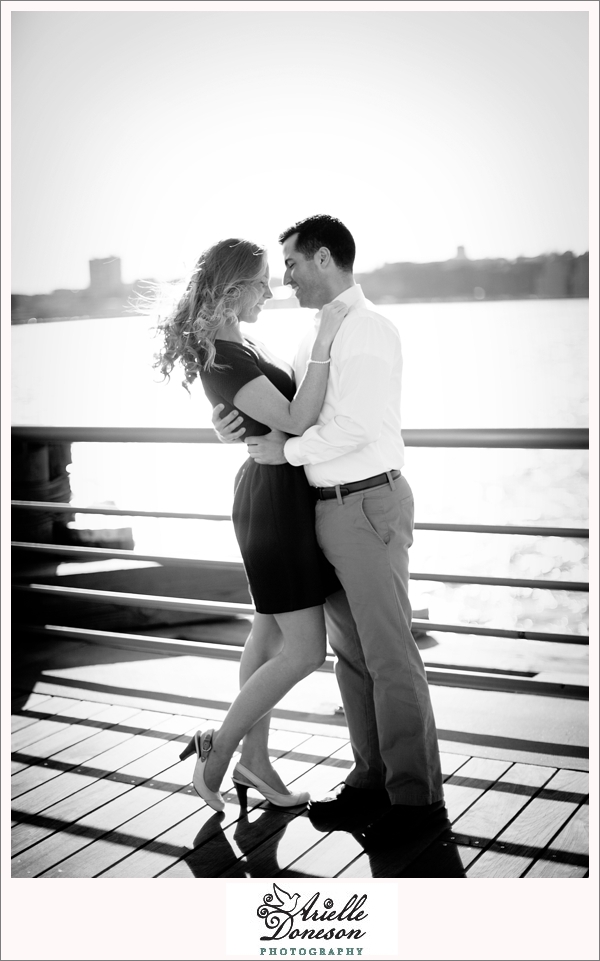 As we walked South along the river, the sun began its descent.  The light in the next few was just magical-so rainbow like and gorgeous: 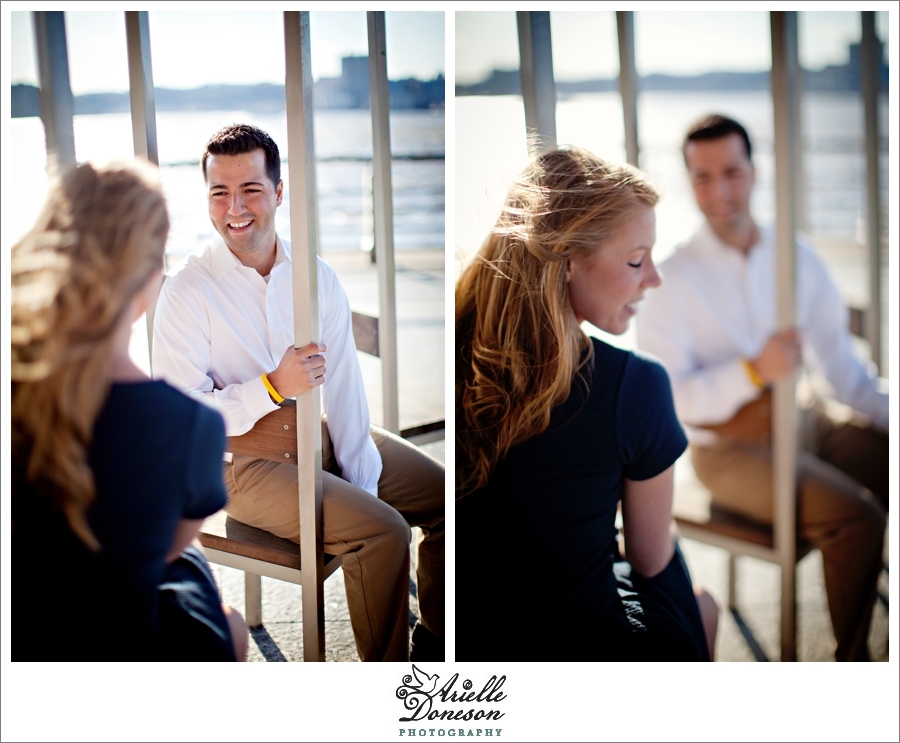 In between the laughs we got some truly tender moments: 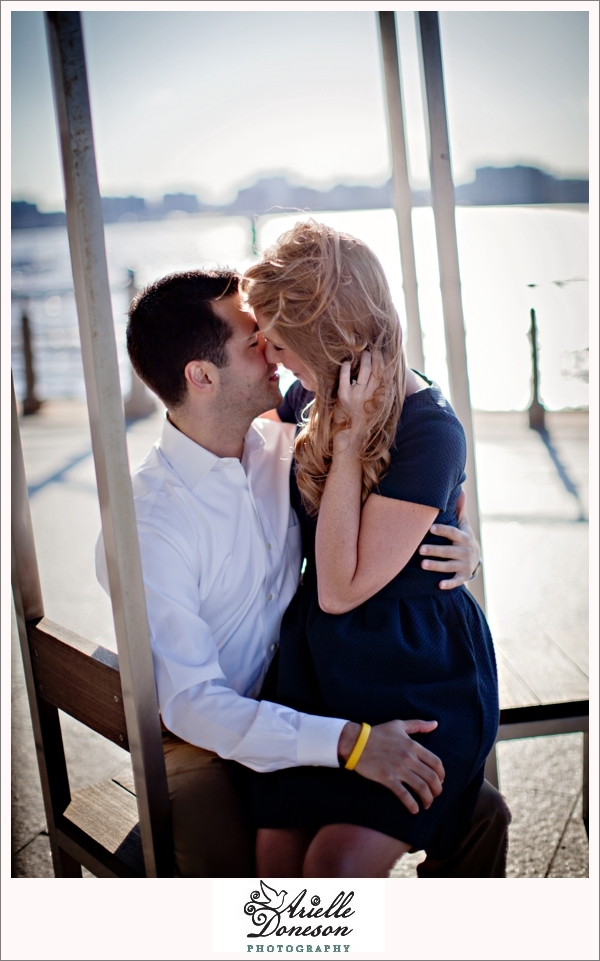 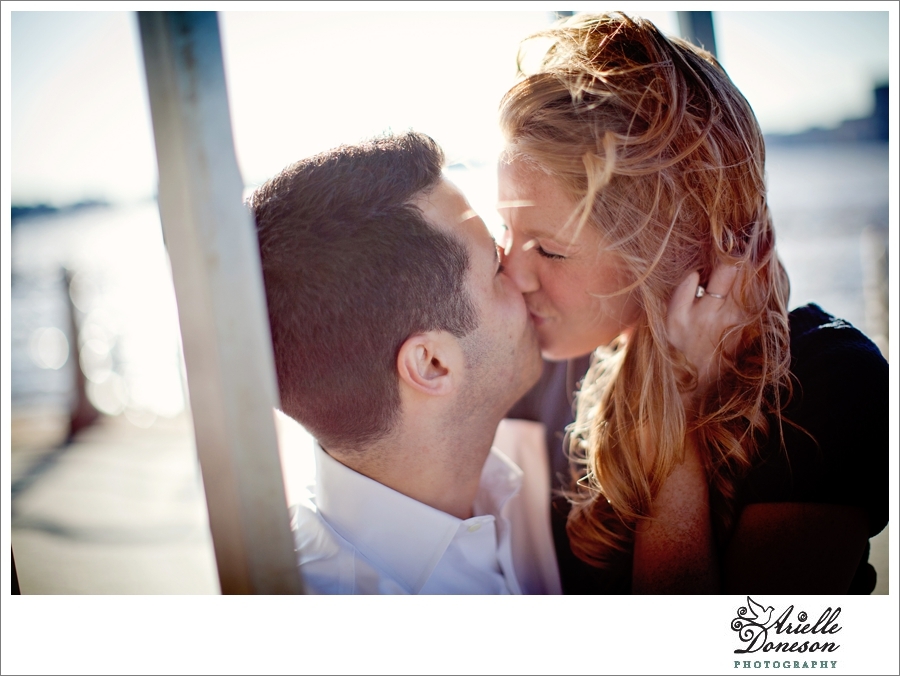 The wind was raging but I think it adds a nice sense of movement and drama to these shots: 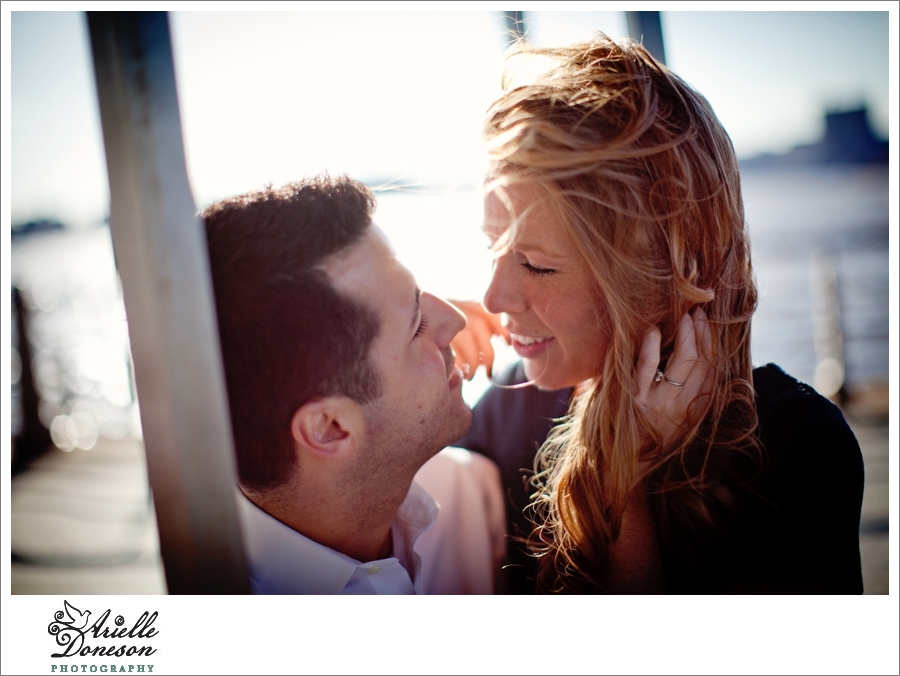 I just love the way they look at each other-so much love, adoration and gratitude… 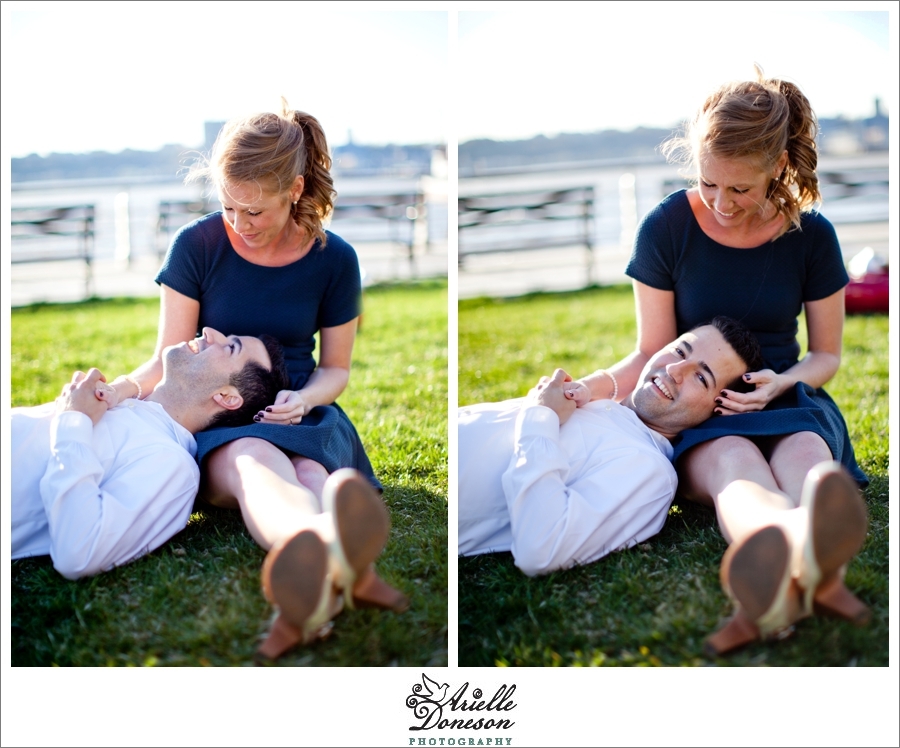 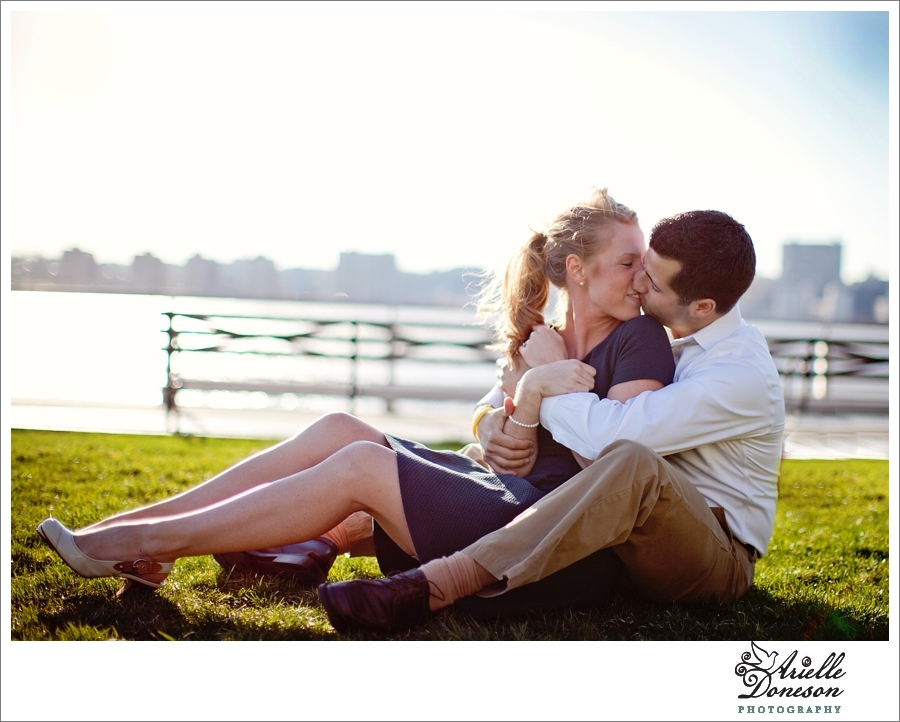 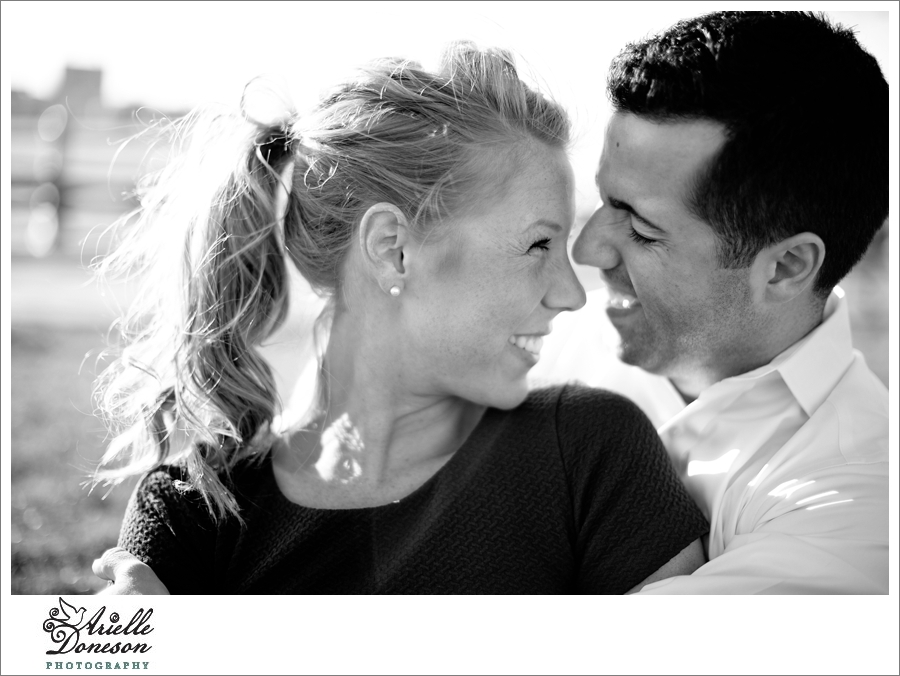 Even though sun-flares are technically not ‘correct,’ I just can’t get enough of them.  I love how they add to the romance in these next few: 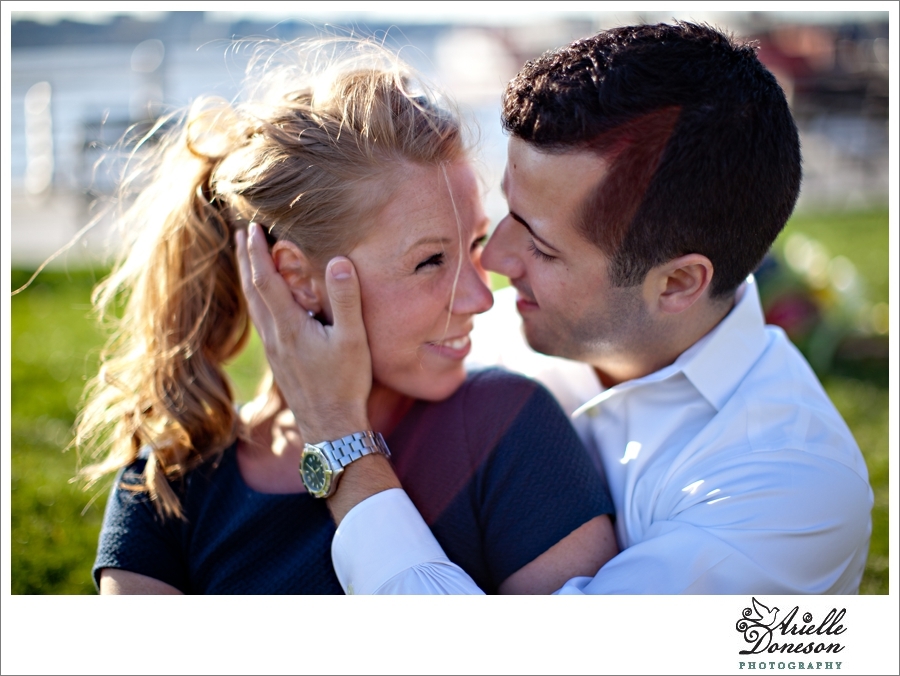 I love the way Craig is gently touching Tessa’s face…  So tender! 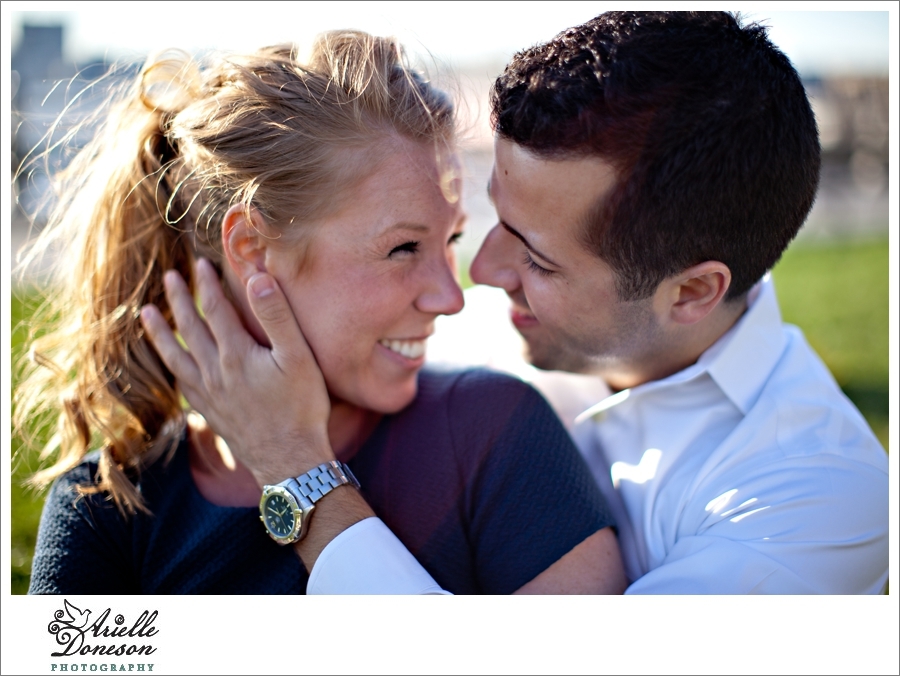 And as we finished up our shoot, the sunset + Hudson River+ wind provided us with the most romantic finale. 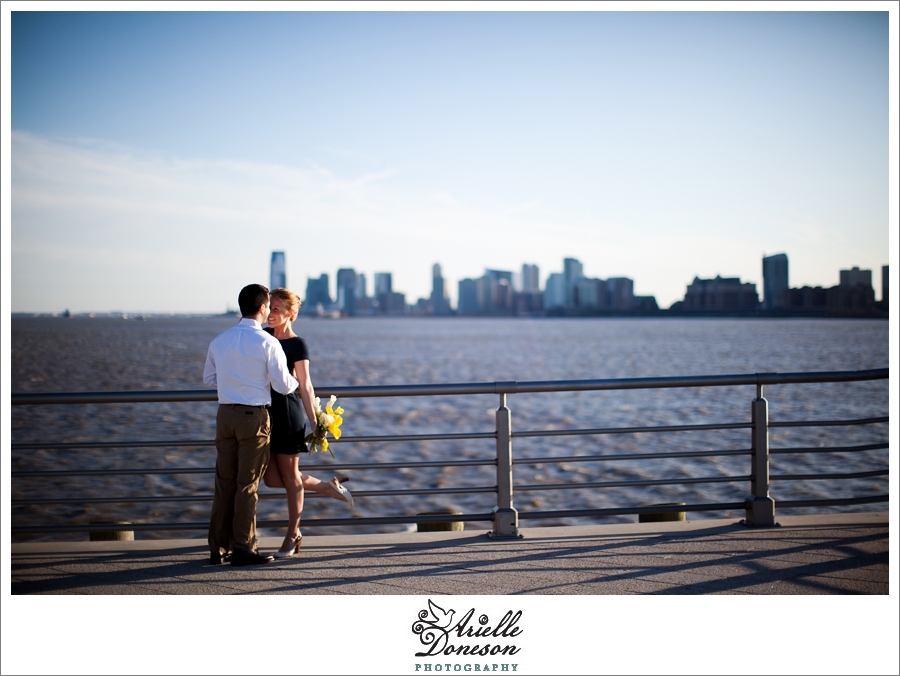 Tessa & Craig, I had the best time with you two!  THANK YOU for letting me be a part of this beautiful time in your lives!  You two are gorgeous inside and out and I positively adore you both!  Congratulations and best wishes! xoxo