Angela was an American actress abroad, studying theatre and acting in London, when her friends told her she absolutely must see the Tom Stoppard Play, The Real Thing, which was playing at The Old Vic.  It’s about the complicated romance between a playwright and his actress wife.

As the show began she found herself seated next to a beguiling young man who, as fate would have it, was a playwright.  An adorable English one.  Named Phil.  They chatted during the ‘interval’ (or intermission, as we call it…) and they kept talking after the show, which turned into getting a drink, which turned into getting dinner, which then turned into a transcontinental romance between a New York actress and her London playwright/screenwriter boyfriend.

As luck would have it, Phil was in town over Valentine’s week to open one of his plays in NY (Thrill of the Chase-go see it, New Yorkers!) which was the perfect opportunity for these charming lovebirds to get their photoshoot on.

Angela & Phil LOOOOOVE Marvel Comics.  So we decided to begin their session in the brightly colored interiors of Midtown Comics: 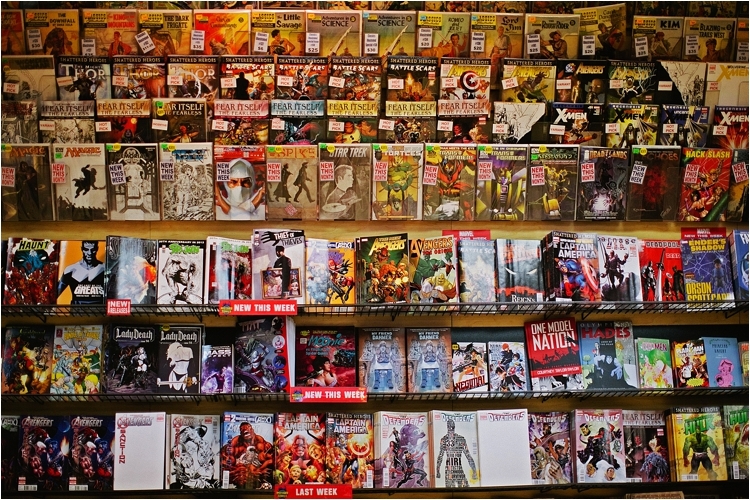 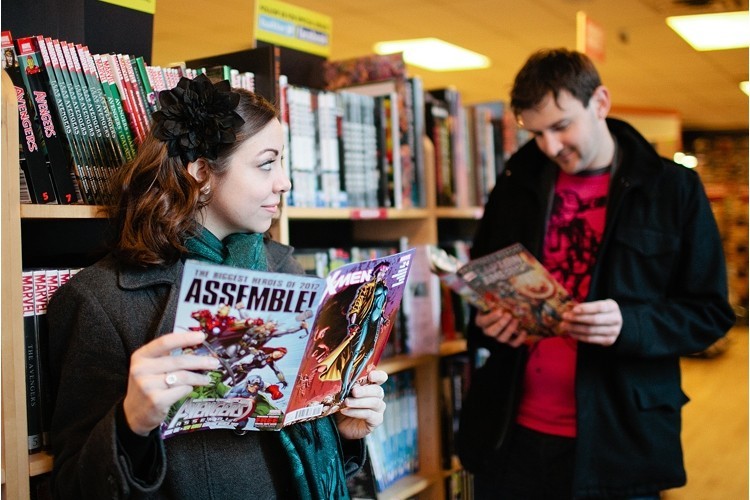 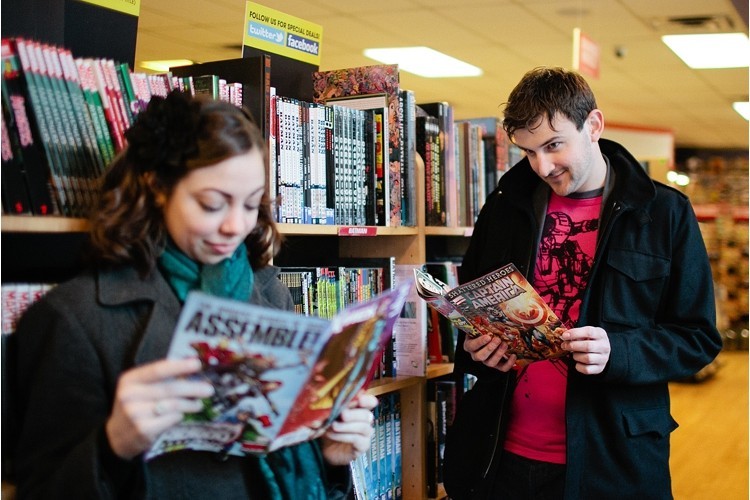 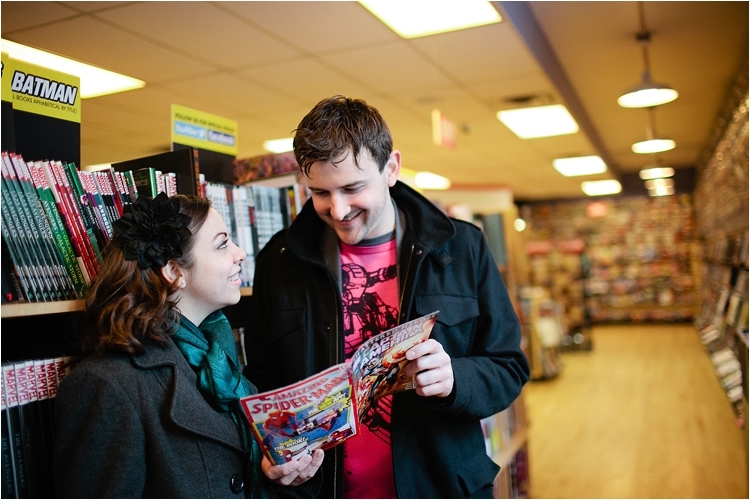 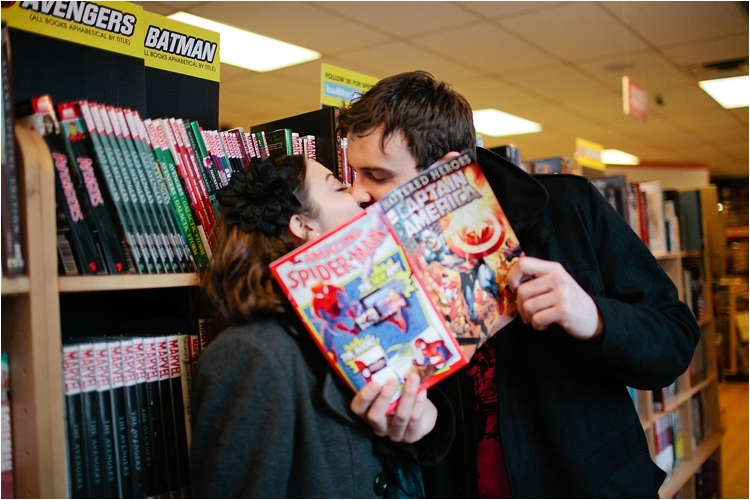 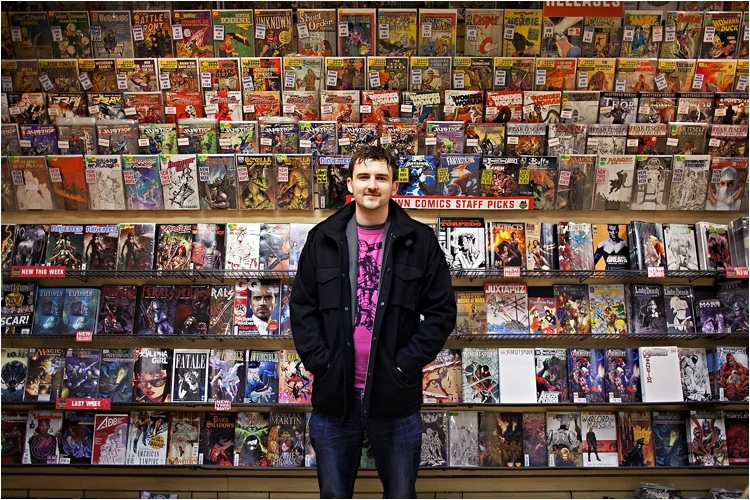 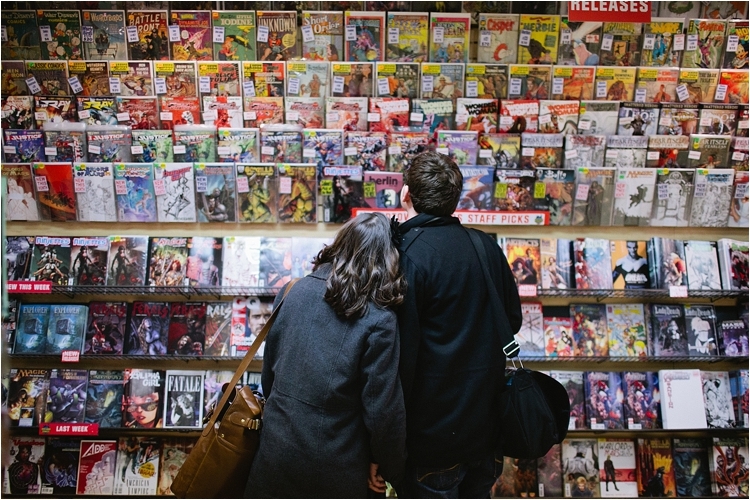 We then ventured over to the LOVE statue on 6th Avenue-but on the way we spotted a pretty LOVEly Valentine’s display: 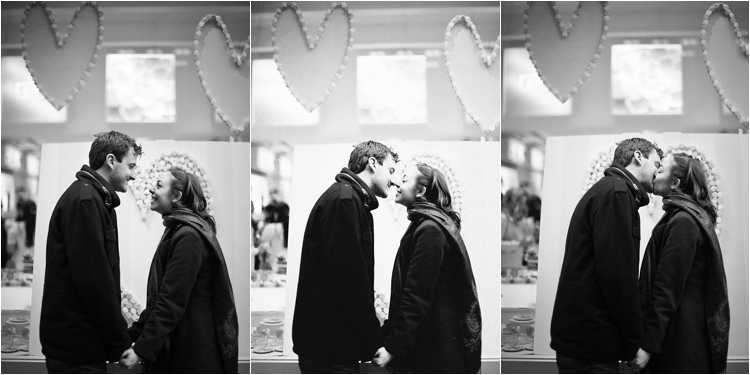 I just love shooting showbiz types-they’re so comfortable in front of the lens! 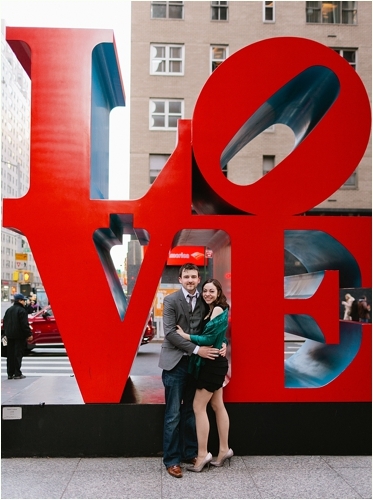 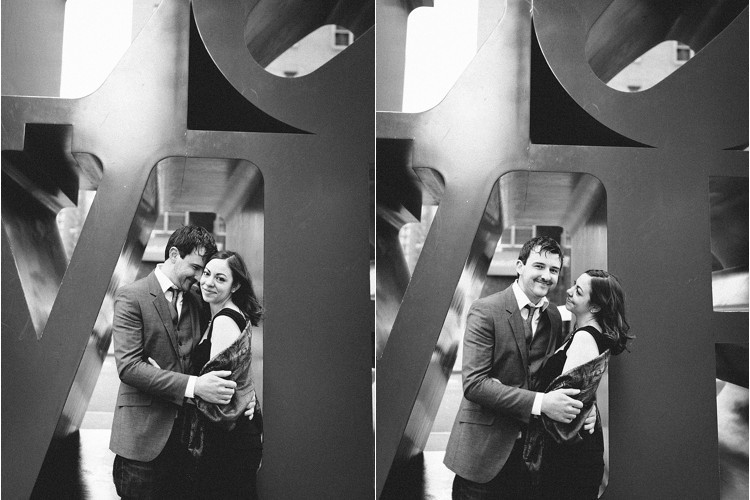 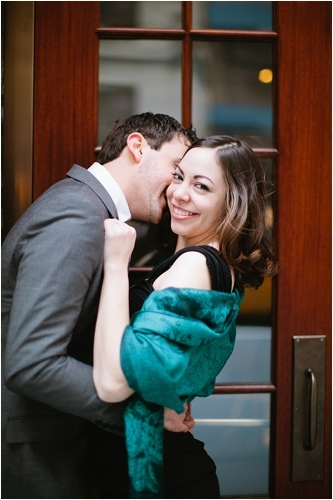 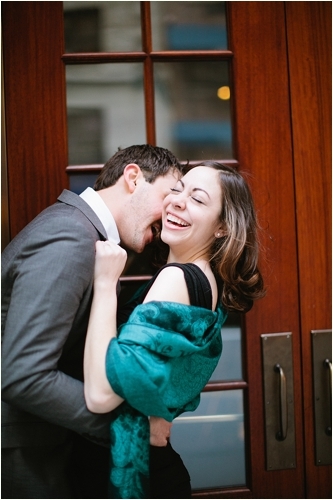 One of my absolute faves from the day:

Can you tell these two love to laugh? 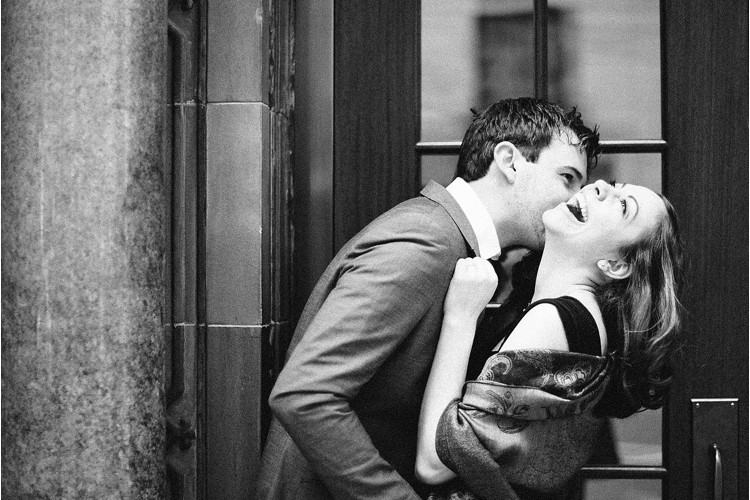 Finally, we headed over to the iconic Flatiron building to catch a few shots in the waning golden light.  Perfection: 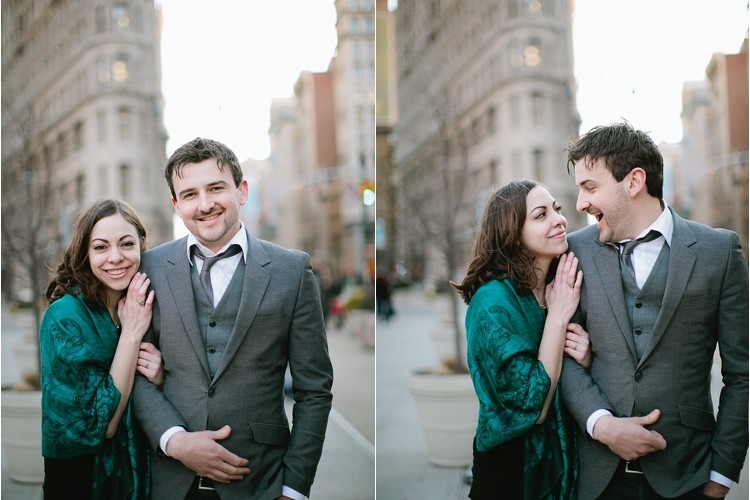 And how much do we love a vest/jacket combo?  I, for one, adore it! 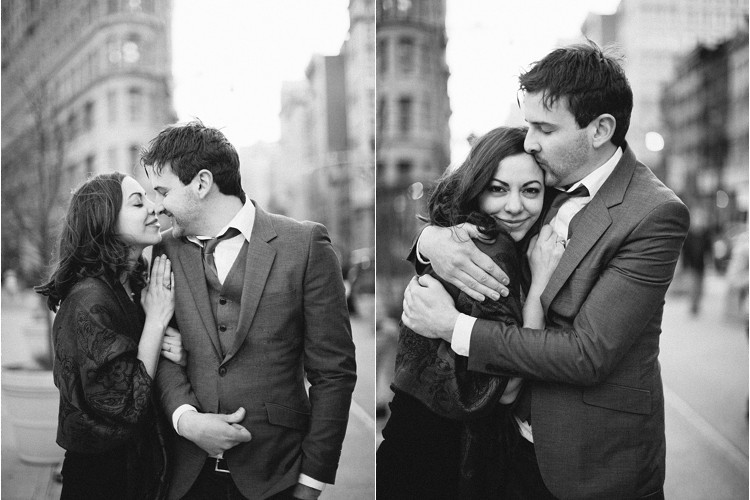 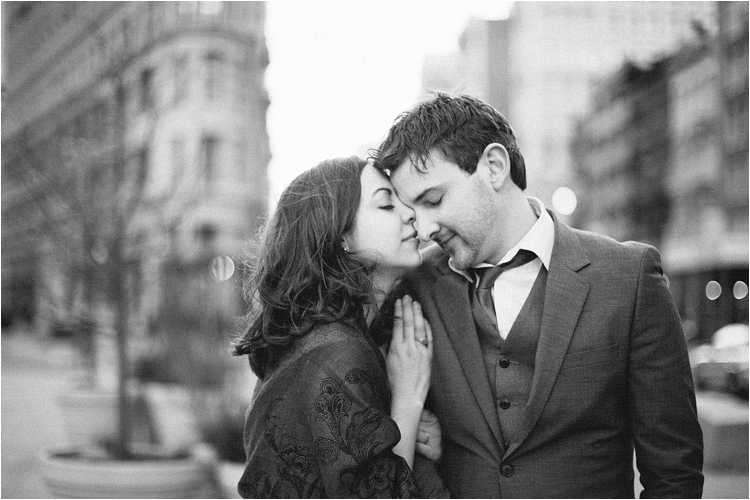 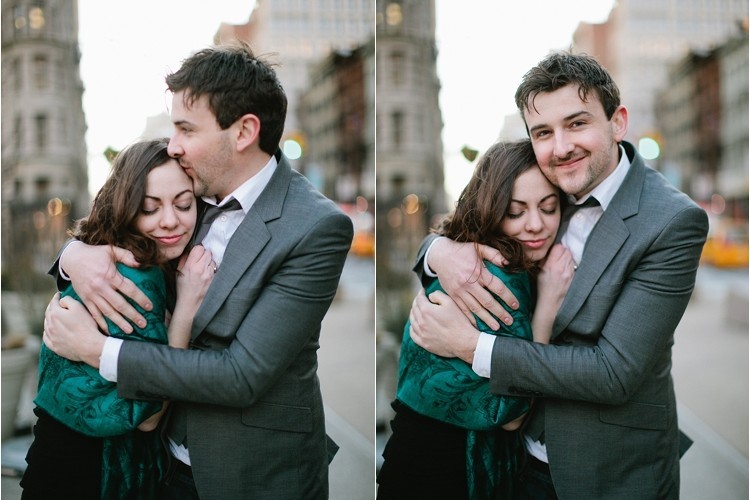 Angela, you are so stunning!  And yes, I spotted you in your appearances on Pan Am, The Good Wife, and The Daily Show!  You Rock! 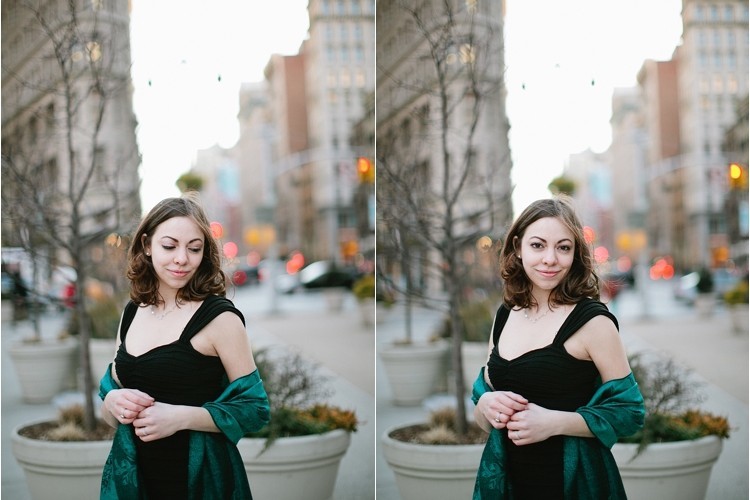 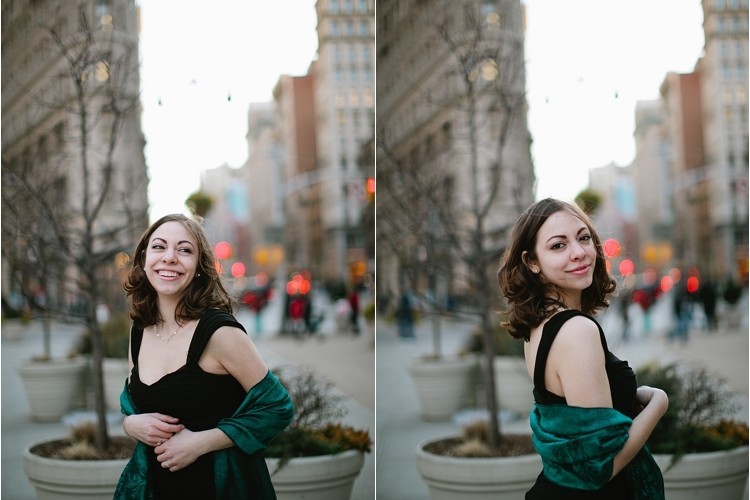 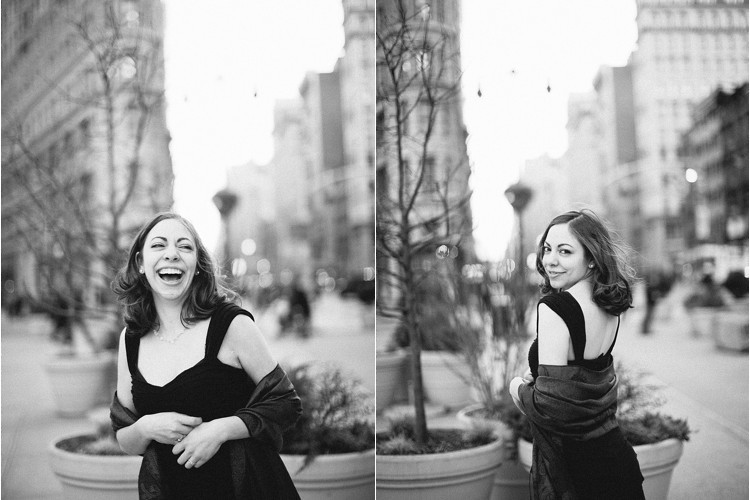 Angela & Phil, I am so thrilled that you entered my Valentine’s Giveaway!  I had such a blast traipsing across Manhattan with you two and I wish you both the very best in these next few months of career awesomeness! 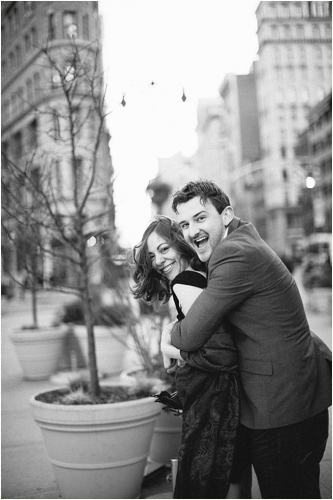